I Confess To The Almighty Handcock, Llewelyn And Vlahos,That I Didn't Do This Earlier.

So this happened a while back... 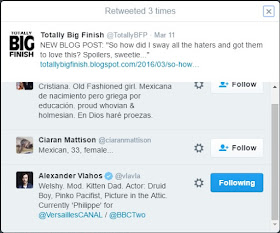 @TotallyBFP @DorianGrayBFP Yes you should! For the storytelling, let alone the RT's
— Alexander Vlahos (@vlavla) March 15, 2016

BEWARE: THIS POST CONTAINS SPOILERS. READ AT YOUR OWN RISK 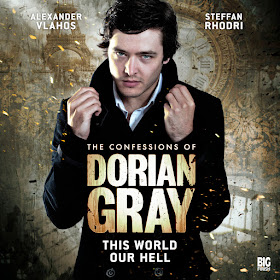 I was introduced to this series by pure chance. It was Christmas Day 2014, the year my foray into Big Finish proper begun. As per the usual, they rolled out their 12 days of Big Finishmas deals and Christmas Day's deal was a free episode of this thing I'd never heard of before. But it's free, so I get it, download it, listen to it..... and now have such an addiction to the series, it's bordering on unhealthy. But, then again, it is a series about an immortal and immoral bi-sexual hedonist battling the supernatural. Everything that feels good is bad for you. At least that's what they say.... 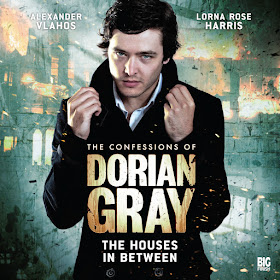 The Picture Of Dorian Gray, by Oscar Wilde. One of the most classic pieces of fiction of the nineteenth century. And it's a lie. In the sense that.... it isn't a fiction. Dorian Gray is real, he lived and survived the events transcribed in Wilde's publication. Survived throughout the twentieth century and into the twenty-first. But along the way, he learned one important lesson: he is not alone. From Paris, to Singapore, to London, from the turn of one century to the turn of the next, Dorian is not alone, in more ways than one... 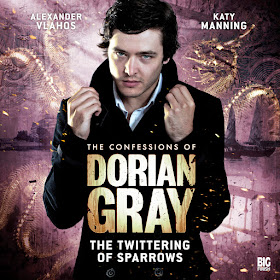 This was Big Finish's first foray into a download only series, to see if the format would be successful. In the end, Mr Gray transitioned to CD releases, but the success of the format saw the Doctor Who Short Trips get new life. Back to Dorian Gray, the series was the creative brain child of Scott Hancock, a writer and director on many other Big Finish ranges, notably Bernice Summerfield, where Dorian Gray first appeared and where Big Finish realised the potential of the character and the series... 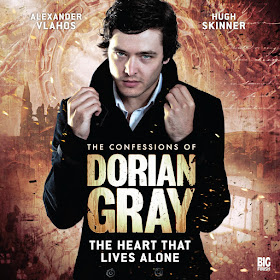 The first story, David Llewelyn's This World Our Hell, shows the dying embers of Dorian's greatest friend and the demons that haunt the both of them. Scott Harrison's The Houses In Between pits Gray against the physical and mental horrors of his past and the London Blitz. Then in Gary Russell's The Twittering Of Sparrows, Dorian reunites with family one last time as a game of mahjong unleashes an ancient evil. The Heart That Lives Alone, witten by director/creator Scott Handcock, sees Dorian's desire for a truly forbidden love come true in the shape of Tobias Matthews. Joseph Lidster's series finale, The Fallen King Of Britain, brings us into the twenty-first century, as Dorian's lavish banker lifestyle is about to come crashing down. And finally, Tony Lee's Christmas Special, Ghosts Of Christmas Past, sees Gray return to England, only for his portrait to be stolen. And the only one who can help him is the one he has to kill to get it back.... Every story in the series is excellent and perfectly crafted in a way that would have Nick Briggs proud. (And maybe a slight bit jealous.) It is an adult orientated series, but tastefully adult. Nothing presented ever feels like exploitation or "it's here because we can do it so feck off".Tasteful, yes, but also very adult. And I mean adult!! 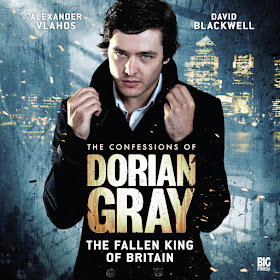 As for the cast, well, the guest cast is purely sublime. From Stefan Rhodri as Oscar Wilde, Katy Manning as Isadora Gray, Hugh Skinner as Tobias Matthews, David Blackwell, Seán Carlsen, Lorna Rose Harris, and even Nicholas Briggs, every single person in each episode is a pure pleasure and delight to listen to. But the highlight of it all is the main man himself.....

This is how I discovered him. Him and his ear-gasm-ingly glorious voice. You listen to him and his impossibly amazing delivery and you believe it. You believe you're listening to Dorian Gray himself.

The music is also incredibly perfect. All composed by James Dunlop, he rises to the challenge of composing music for each of the eras that each episode presents. Between the cues for the scene setting, the character themes and the music of Dorian Gray himself. 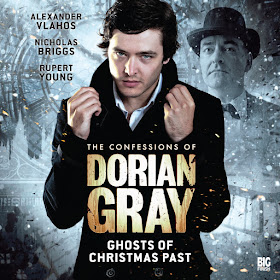 There's no escaping the fact that this is the baby of both Scott and Alex. Scott creates it so amazingly and Alex effortlessly breathes life into the words written. If you want to have an all-round experience of what Big Finish is truly capable of, then this is the perfect choice.

VERDICT: 5/5 I cannot describe any better than I already have why this needs to be appreciated. Whether or not you take heed of my advice.... that's up to you.
Jack Ryan at 19:18
Share